Initially in the project were involved 11 land owners of totally 750 ha farmlands in Katunets, out of which in the end 440 ha were consolidated. The average size of the lands of the different participants after the consolidation grew between 100% and 300% and the distances between their lands are extremely decreased.

Design of drip irrigation in the village of Katunets 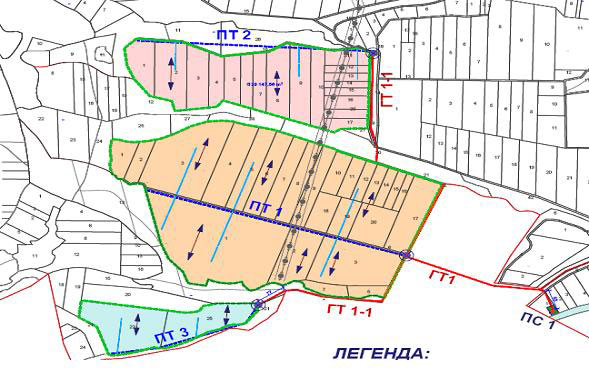